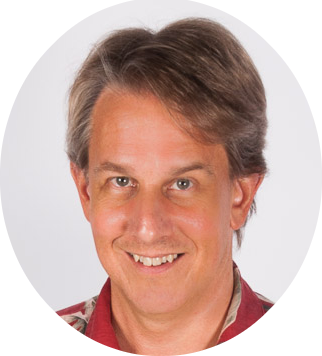 What Shane Does At Apache

Looking back, I’m often reminded at just how long I’ve been involved at the ASF. While the “Apache Group” formed in the 1990’s, before dot-com, the founders used email to share patches to one of the very original web servers. It wasn’t until 1999 that they incorporated the ASF, primarily at the time to provide a legal shield for their code contributions to what was becoming a very popular technology.

Shortly after incorporation, IBM and Sun jointly got together to donate all the parts of an XML/XSLT processing stack to the ASF as independent projects. Since my job was test lead for the LotusXSL processor, I then became a committer and PMC member in the brand new Apache Xalan project.

My first mail to an Apache mailing list was in November, 1999. Darn. I keep forgetting my first mail was about a mistake!

This was the very early days, when Apache wasn’t well known, and open source collaboration was a new field. I thought it was a great way to work, so I got involved volunteering beyond just testing for Apache Xalan. This work led me to volunteering for the Conferences Committee which organized ApacheCons in 2002, and shortly thereafter being elected as a Member of the ASF.

With my newfound Member powers I got to explore how other early projects at the ASF worked like Jakarta and the conference world. I also volunteered in the early days of the Public Relations Committee (PRC), where a bunch of geeks tried to devise a way to do analyst and press relations themselves, without paying for any experts.

I spent a long time trying to figure out how to help, without overstepping my bounds. I joined the ApacheCon conference committee - called ConCom - and helped build and staff ApacheCons for a number of years. I also worked in the “PRC” committee, which was Apache’s early attempt to have a group of geeks try to do public relations and outreach. We did well, for what we were. But that wasn’t a sustainable model as the ASF grew.

I’m proud to say that one of my first acts as the newly elected Chair and VP of Public Relations was to recommend to the board that my position and committee be dissolved! Instead, I worked with a number of other volunteer Members to form three new, separate committees with much better focus and documentation: Brand Management, Marketing & Publicity, and Fundraising. Those officer positions and corresponding mailing lists have continued through today, and are a much better structure for our volunteer help to interface with the various non-coding aspects of corporate operations.

Returning To The Board

Hmmm… I still need to write up some background on my tenures on the board - from the first year, where I was still amazed that people trusted me to be a ‘Director’, through the next few years realizing that governing an all-volunteer organization is hard work - and figuring out how we can do it better.

In any case, I’m running for the board again in 2017, and hope to be able to help the ASF continue to both grow, stay true to it’s roots, and to improve how we structure things so that volutneers can efficiently make sure operations work, without burning people out.